Perhaps it’s only me but I think that there’s something immensely satisfying about rehousing a rescue dog.  It’s probably not a conscious thing for others, but nevertheless there’s a combination of warm fuzzy feelings realising that you’ve given an innocent animal a second or perhaps even first chance, (depending on their circumstances), at having a home and a loving family.  Added to this, is an appropriately subtle but ever-present fountain of inner pride in the knowledge that you’ve weathered the avalanche of adorable faces, incy-wincy bodies, desperate yelps for freedom and pleading eyes, contending with you every time you’ve walked past a pet shop, all for the greater good of rehoming the vulnerable and actively protesting puppy farms.

The statistics for the RSPCA regarding ‘received’ animals is a harrowing read.  Consider these numbers.  In the 2011-2012 financial year, 55,563 dogs were received Australia-wide.  Although this was a 17.77% decrease from the previous year, it is still an alarming amount, especially when you consider that 14, 211 of those dogs were ultimately euthanized, the majority (59%) due to behavioural problems.  Specifically, Queensland shelters received the most dogs of any state or territory (18,028), as well as the greatest number of cruelty cases (15,099). [1]  For all of us dog lovers it is a horrifying report.  However, there are ways that we can positively impact these figures and keep dogs secure in loving homes.

It seems a ridiculous statement but the first way we can help is by being responsible dog owners ourselves, thus leading by example to all those around us.  Unfortunately, there are times when well meaning dog lovers succumb to the allure of an adorable face and end up packing a puppy in with their weekly groceries or, after hearing of a recent litter with pups going cheap, promising to take one in.  Then, before you know it, you have a Doberman living in a 6m X 12m yard, with no willing exercise buddies.  You can imagine the ensuing issues.  Sadly, there are many times when innocent animals, whose only crime was being ridiculously cute as a puppy, end up in rescue shelters because adults made rash, heart-based decisions.

Then there are the times when rescue dogs themselves are returned to shelters, despite extensive screening before rehousing.  Whilst all dogs create additional stress and work on a household, rescues are particularly challenging due to their difficult start to life.  Common problems experienced by rescue dogs include, fearfulness and anxiety, propensity to stray, excessive barking, significant medical issues due to abuse and/or neglect, skin problems, fleas, ticks and other parasites, aggression and anti-social behaviour, irrational fears and extensive scenting.  Thus, the rescue dog will need training, vet care, cleaning, bonding and a lot of patience and love on the part of its new family.

Thus, whether we intend to rescue a dog or buy one from a breeder it is integral to do our research before introducing a canine member into our family.  I found the website selectadog.pedigree.com.au/‎ helpful in specifying the general needs and particulars of dogs, focusing my intentions, realistically assessing my circumstances and then matching breeds accordingly.  So it seems that as much as I’d like to have a German Shepherd, my current situation means that I am more suited to a Cavalier King Charles Spaniel and others of a similar size and temperament.  However, I realize that many rescue dogs are of mixed parentage so make sure you find out as much as possible about the dog’s likely ancestry before taking them home.  The more effort we put into matching ourselves with the right dog and preparing our home for a new edition, the less likely our dog will become another received dog statistic.

Given that rescue dogs will often need extra care and help to transition successfully to their new surroundings and family I shall devote a specific article to aiding that change in subsequent weeks.  For now though, I shall finish by outlining some general ideas for creating a forever residence for a new canine pet.

Considering that the majority of dogs are euthanised due to behavioural issues it is paramount that a new pet is enrolled into obedience training as soon as they are eligible and that the training is reinforced in the home.  It is also important that the dog is exercised daily for at least 30 minutes but preferably an hour and has some sort of stimulation for times when they are home along, such as a Kong filled with treats, toys, a bone to chew, a walk with or visit from a dog walker or doggie day care.  It is also important to socialize your dog with other people, dogs and animals so that it learns to behave in an appropriate manner.  Furthermore, the dog needs to be incorporated into the family, that is, it needs interaction and attention; it must be well looked after – fed, washed, groomed and cleaned up after; and has to have all of its injections to make sure it doesn’t get sick or infested with parasites.

For those wanting to make even more of an impact on the received dog statistic and with the necessary means and circumstances, there are also opportunities to foster dogs that have suffered neglect or abuse or who have been in a shelter for an extended period of time.  Contact shelters, animal welfare groups and species-specific organisations for more information with regard to this role.  You could also consider donating money, food, toys or even some time to your local animal shelter/refuge, sharing your love and resources with those that haven’t yet met their forever family.  I’m sure if you are willing and able, there’s a job just right for you.

Buying a dog is a huge decision – even if the dog you want could fit into your clutch purse.  They are expensive to buy, (even rescues); feed; entertain and look after.  The have needs that they will insist, one way or the other, are met.  They get really smelly and excrete ample, almost noxious, waste that always seemed to find its way to the sole of your shoe.  They’ll live on average for 12 years, by which time they will have became an integral and much loved part of your family so you’ll probably spend exorbitant amounts of money on vet bills, as you can’t bear the thought of them in pain or dying.  But they will also be the best choice you ever made, provided you commit yourself fully to finding the right dog and persevere with them despite the transitional trauma. 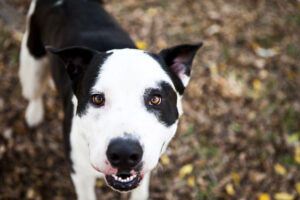